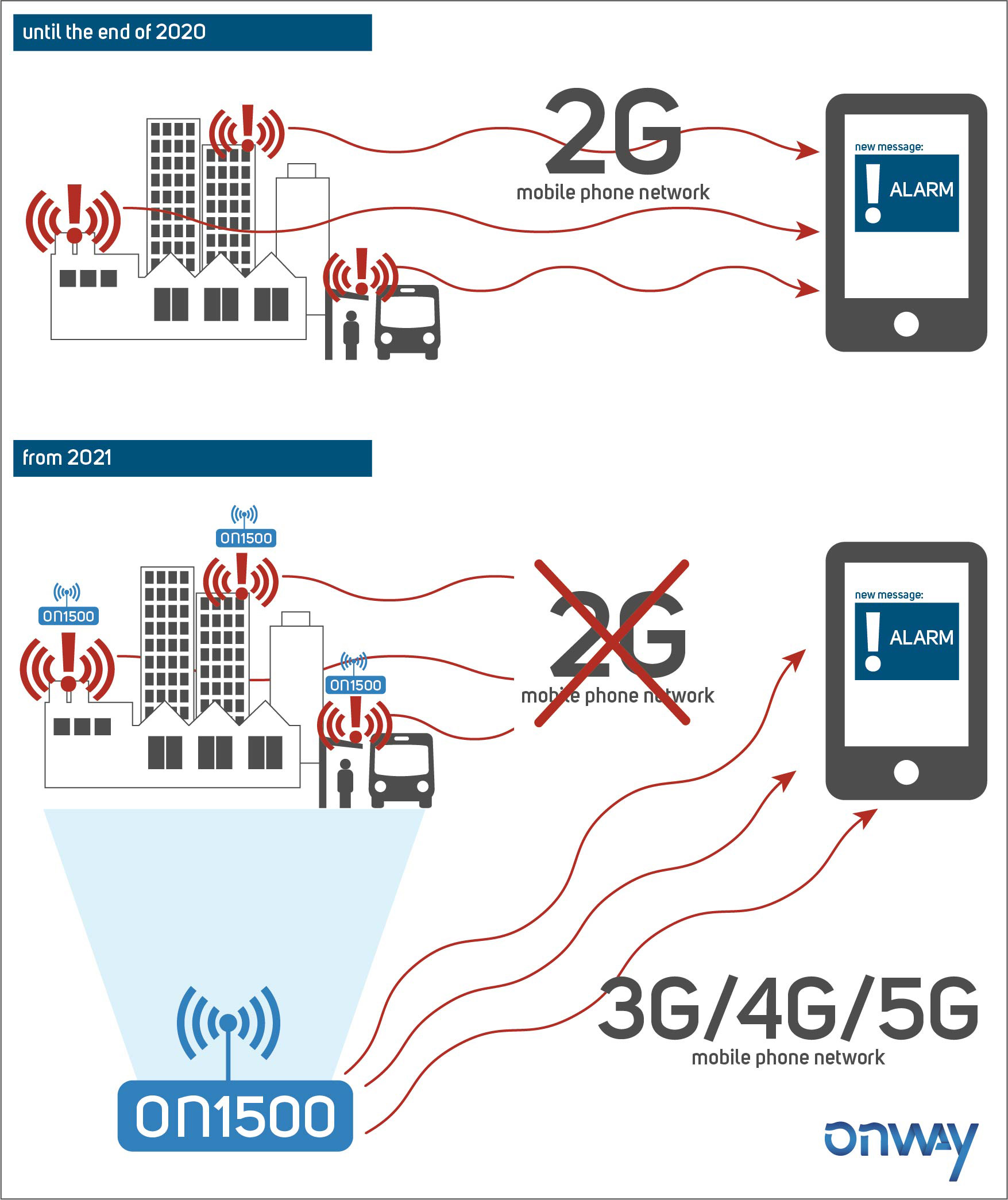 At the end of 2020, the 2G mobile communications network in Switzerland will be switched off. Many devices – some of them newly purchased – communicate using this network. So after 2G is switched off, their full functionality can no longer be guaranteed (e.g. alarm as an SMS to a mobile phone).
The new onway industrial communication system on1500 works against this: Due to its networking of existing infrastructures it is perfectly suited to replace 2G easily and without interruption.
Further information: www.onway.ch/industrie/

Search on this site

This banner is for cookies used in browsers. We use cookies to analyse our traffic and we share information about your use of our site with our analytics and social media partners. We need your consent to use them.