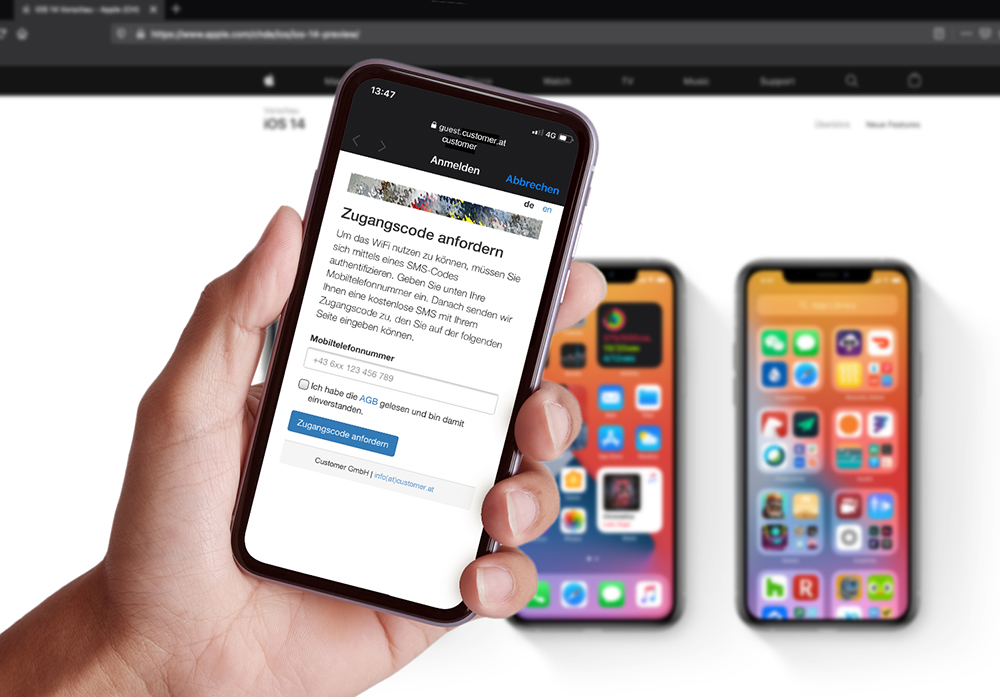 Following a software update on an iPhone, you may experience problems connecting to a WiFi hotspot. As Apple is due to release iOS 14 imminently, we have thoroughly tested this update on our systems.

In this version, Apple is integrating the “Private WiFi addresses” (Private MAC Address) function – which is already available on Android 10 – into their operating system.

We have established the following:

The iOS devices connect as before following the update to iOS 14. They behave in a similar way to Android-based devices.

Search on this site

This banner is for cookies used in browsers. We use cookies to analyse our traffic and we share information about your use of our site with our analytics and social media partners. We need your consent to use them.